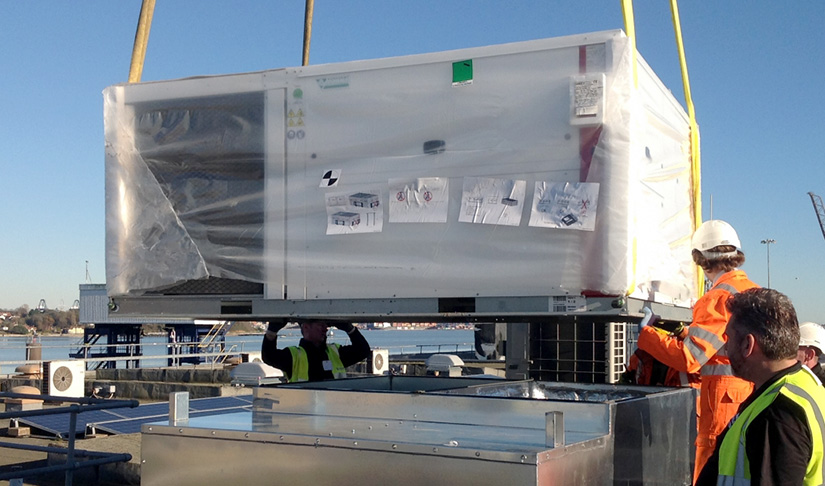 Built as a rail ferry port in the 1880s by the Great Eastern Railway, Harwich International Port has developed and expanded over more than a century into a highly efficient, modern, multipurpose port.

Adcock Ipswich have replaced two very old Lennox roof top package heat pump units with equivalent units. The old units had served their time and were now letting water into the building. The old units were craned off by Adcock Ipswich and the two new 65kw capacity units, were lifted into place in just one day, minimising the disruption to this very busy working port.

Get monthly “Airmail” straight to your inbox. Sign up today to receive your first issue.
You can opt out at any time.

Thank you for subscribing to our newsletter